It’s not often that your home community is lyricized in a Beach Boys song, but when you are at the MariSol community, perched atop one of the best surf beaches in Malibu, County Line Beach, then there is a good chance that the Beach Boys have been there too.  In 1963, the song Surfin’ USA roared toward the top of the charts, buoyed by a list of the band members’ top surf destinations including MariSol’s County Line Beach. 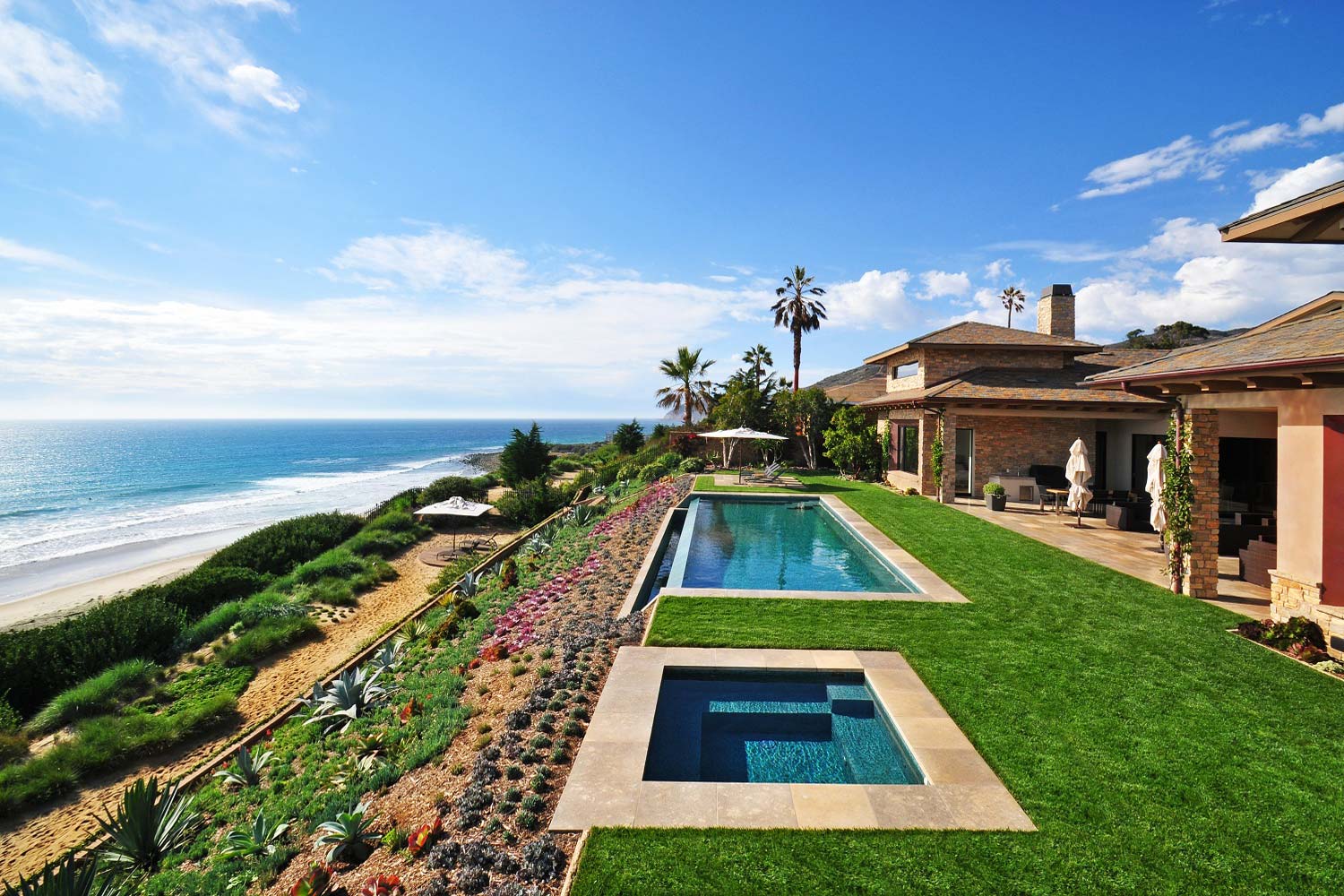 Tune into Surfin’ USA at the 30 second mark and you will hear: “You’ll catch em surfin’ at Del Mar, Ventura County Line, Santa Cruz and Trestles, Australia’s Narabine, all over Manhattan, and down Doheny way, everybody’s gone surfin’, surfin’ U.S.A” – The Beach Boys, Surfin’ USA link to song on youtube

It is no wonder that Brian Wilson and the Beach Boys included County Line Beach among their rolodex of surfing meccas.  County Line Beach is an adult playground located off the beaten path that exhibits an impressive point break, a consistent beginner’s beach break and Malibu’s only big wave outer reef called the Bombora.

Tucked into Malibu’s northern shore, County Line Beach is named after its location near the boundary of Los Angeles and Ventura Counties.  County Line Beach straddles the edge of civilization – northwest towards Santa Barbara is an uninhabited stretch of one of America’s most scenic highways flanked by National Parks to one side and ocean on the other and to the southwest, is a procession of the most spectacular coastline and Malibu beach houses leading south 30 miles towards Santa Monica.

At the edge of civilization, County Line Beach exhibits the rural, resort-style, quiet and sleepy, old Malibu vibe that attracted celebrities and the Beach Boys to Malibu’s shores in the early 20th century.  The developers of Malibu’s only resort-style residential community, MariSol, expect to harness and perpetuate that old Malibu charm at County Line.